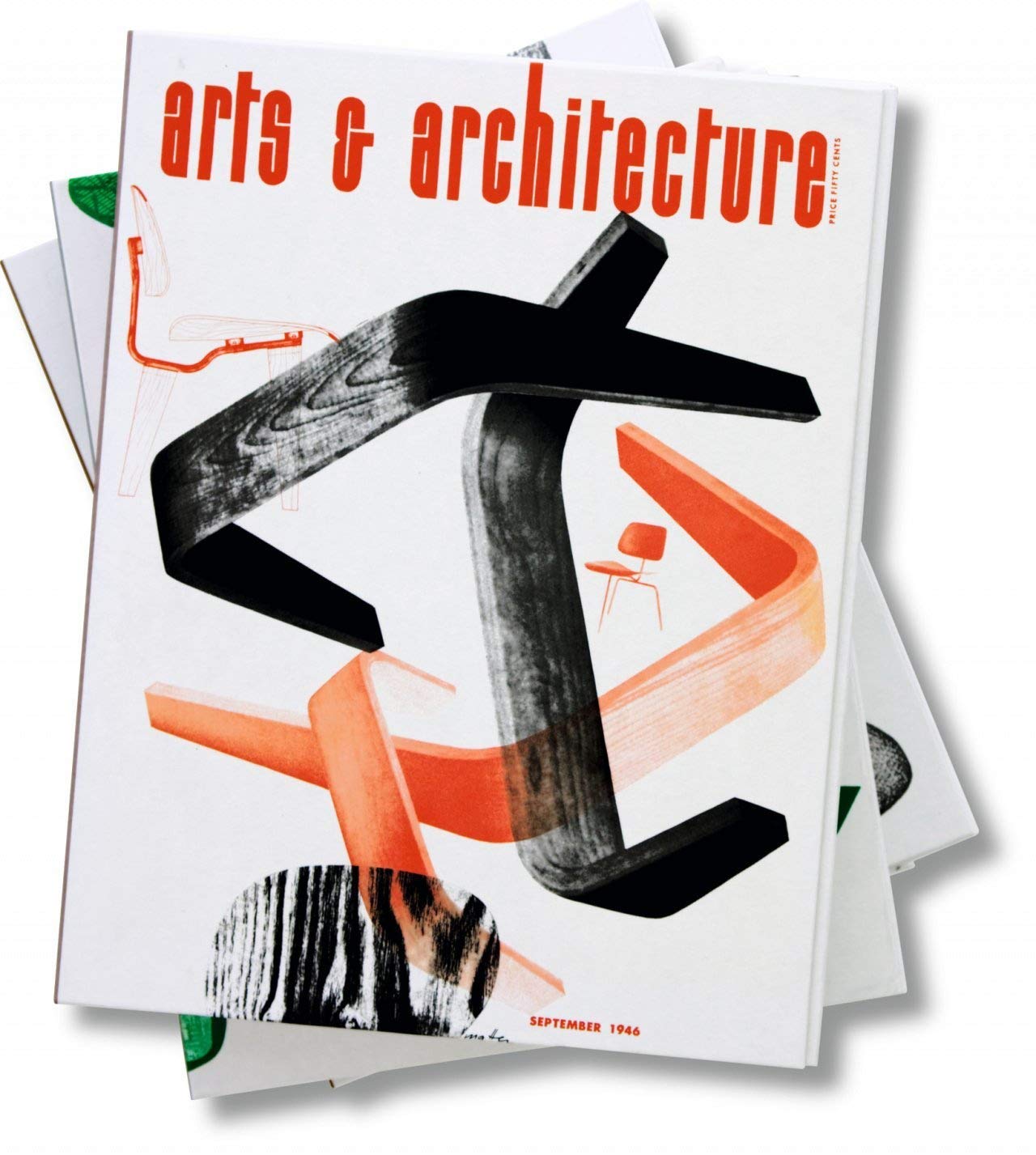 David Travers writes in his essay, in the eighty page supplement that comes with the 1945--1954 issues, that A&A was best known and almost exclusively so for the twenty year Case Study Program. In fact Taschen have had various bites of the program cherry over the years: initially in 2002 a huge, beautiful, visual book; reprinted with slightly reduced pages in 2009; a slim paperback of pictures in 2006 and reprinted in 2009; this year a 632 page facsimile book of all the relevant pages that appeared in A&A about the program.

So, apart from the CSP, what else is of interest in the ten boxes of magazine reprints? For me it's the dozens of family houses and small developments from the forties and fifties by West Coast architects who are now world famous names. Many of them were projects but the photos of the built ones show that wonderful feeling of exterior and interior space blending together because of the California climate, these houses and their rooms just look so inviting and livable. Another interesting editorial feature that appears in many issues is, what could loosely be called, good product design: ceramics and glassware; living-room furniture; kitchen utensils; fabrics; tables and chairs or anything that could be brought through the front door and feel right at home in a contemporary designed house.

It's unfortunate that with so much wonderful material in A&A the editorial budget was so small and the design of the pages so amateurish. The ads appeared in the front and back pages so if there was a half-page upright ad it had a half-page column of text and amazingly with the columnists writing about art, music, books, movies they were writing paragraphs with hundreds of words without any thought about readability (A&A obviously had no sub-editors to knock all this copy into readable chunks). The design style for the ad-free middle feature section of the magazine was to have no design style. There seems not to have been any two,three or four column per page format typical of any other professionally produced magazine. Even the outer margins varied from page to page. Luckily the graphic designers who did the A&A pages avoided the old standby: the angled picture or photo. In many issues a significant number of feature pages didn't even have page numbers.

The 120 same-size reprints of the magazine come loose in a sturdy box for each year. Unlike the East coast architectural magazines A&A had very little advertising so issues were mostly thirty-eight to fifty pages and during the sixties each issue got thinner and thinner. Considering everything is copied from an existing printed page I thought the reproduction reasonable. Not much color was used but where it was it's repeated as used in the original issues.

Because the newsstand sales were negligible (paid subscribers, when the title folded in September 1967, were only 12,500) the magazine developed its very unique cover design style with just a masthead, date and price on an abstract modern graphic...a designer's visual heaven every month! Another unique feature, least in my opinion, was John Entenza's monthly editorial, always on the right-hand page kicking off the features section and he never seems to have written directly about architecture, everything but. Politics in Europe, the UN, the Declaration of Human Rights, UNESCO, mankind, philosophy and more for issue after issue.

Will Taschen publish the issues from 1955 to 1967 in boxes? My bet is no, I doubt that this first reprint sold too many of the 5,000 limited print run.