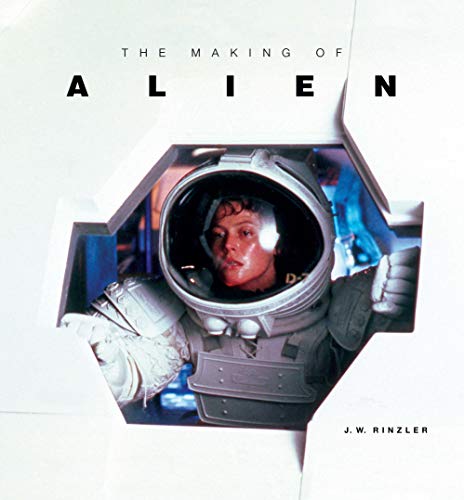 Seeing this book is like déjà vu to me. In 2011, there was the Alien Vault: The Definitive Story of the Making of the Film which also covers the making of the film. Apparently that's not definitive enough. In 2014, there was Alien the Archive. And now we have another making-of book for the Alien franchise

Much of the content you'll see in The Making of Alien has been featured in many earlier books. The main difference is here it adds a bit more content although I can't tell you exactly what is duplicated because after going through so many Alien books, what's included in which book is becoming a blur to me.

First of, let's talk about J.W. Rinzler. This guy is a terrific author who has many film production books to his name. If you are fan of a certain film and see this guy's name on a book, you can be sure that it's an incredibly insightful book, and that's exactly the case here with The Making of Alien.

This book gives you the detailed behind-the-scenes look at how Alien was created. The content is presented in chronological order, starting from 1968, eleven years before Alien was released. This 336-page hardcover covers what happened in those eleven years, from how Ridley Scott got inspired to make the movie, to the film production and the reception the film received.

This book is packed with lots of stories that happened behind the scenes, how the actors interacted, the story, HR Giger and his designs, the technical aspects of filming. There is a lot of photos and even more concept art in the form of storyboards, set designs and full page illustrations. There's a lot to read and see.

If you're a fan of Alien, this book is a must-buy even if you already have earlier books. This is how they keep people buying stuff like this. Every few years, they compiled what has been published before, add a few new things, change the presentation, and sell it again. Whether you like this practice, you're going to see many of such books in the future.